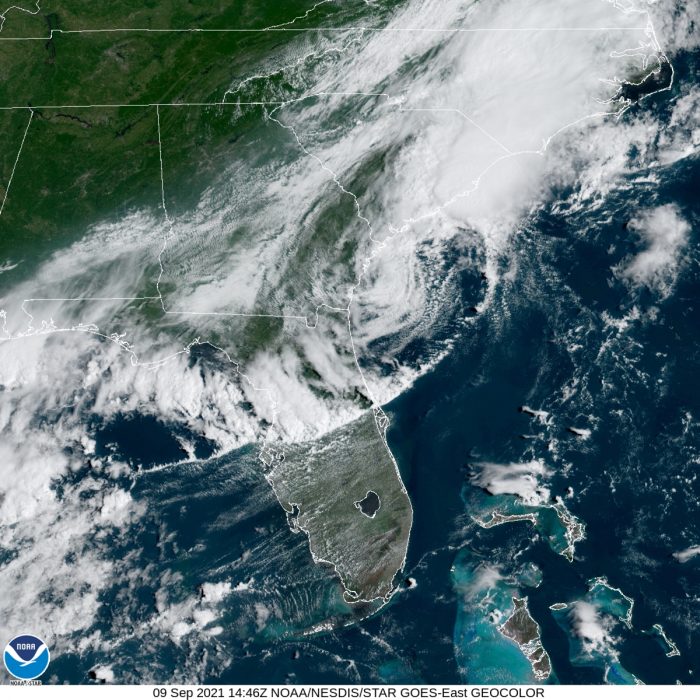 Tropical Depression Mindy will continue to drop heavy rainfall across parts of the Southeast today.

The system will move off the Georgia coast into the Atlantic later today.

Elsewhere, Hurricane Larry is moving just east of Bermuda today. A Tropical Storm Warning is in effect for the island. Heavy rain, gusty winds, and coastal flooding are all possible today. 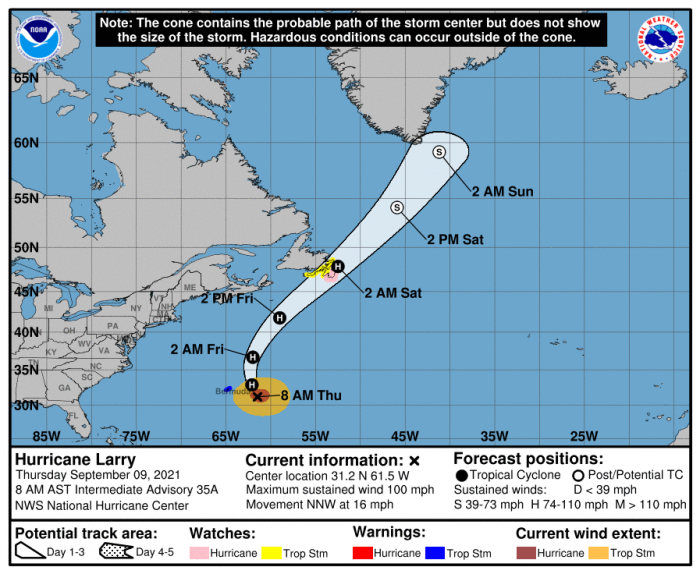 Larry will continue on a northern track over the next two days. Larry will move near or over portions of southeastern Newfoundland late Friday or early Saturday. Heavy rainfall, strong winds, and dangerous storm surge are likely.