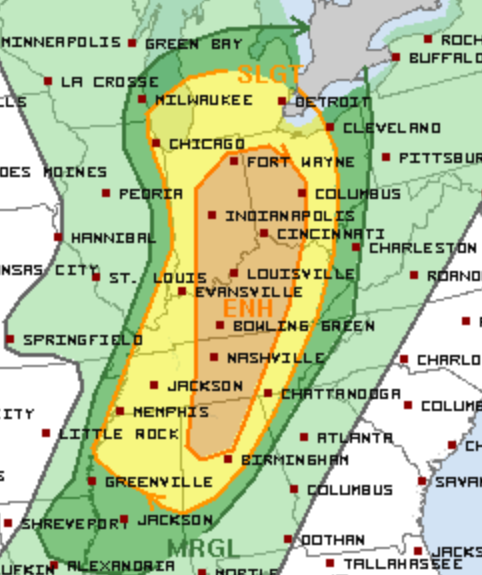 All modes of severe weather will be possible with any storms that develop. The previously defined Enhanced Risk area includes the highest threat for an isolated tornado today.

There is already a Tornado Watch in place for parts of the Ohio Valley. A tornado reportedly just missed the National Weather Service office in Paducah, KY this morning. Damage was reported just to the southwest of the area near Lovelaceville.

Blizzard conditions are expected to continue today. Winds will gradually calm down later this evening and into tonight.