As of 8 AM ET today, Hurricane Irma is a strong Category 4 hurricane with maximum sustained winds of 150 mph. The storm is sitting about 450 miles southeast of Miami, FL and is moving west northwest around 16 mph. 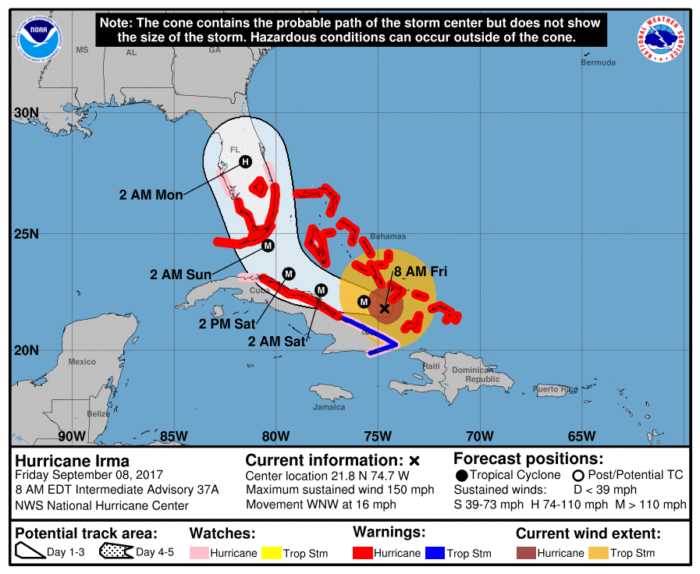 It is important to note that both coasts of Florida will see impacts, not just areas near landfall, because of the size of Irma. Everyone along Florida’s southern coasts should be prepared for life threatening storm surge and hurricane force winds.

Florida Governor, Rick Scott, has closed all K-12 public schools, state colleges, state universities, and state offices from Friday to Monday. He had previously declared a state of emergency for the state earlier in the week.

Although Irma has weakened to a Category 4 hurricane, it is still a very dangerous storm. It is imperative that if you live in Warning areas that you follow all orders from local officials, including the order to evacuate. Irma is expected to remain in favorable conditions over the next few days and will maintain it’s Category 4 status.